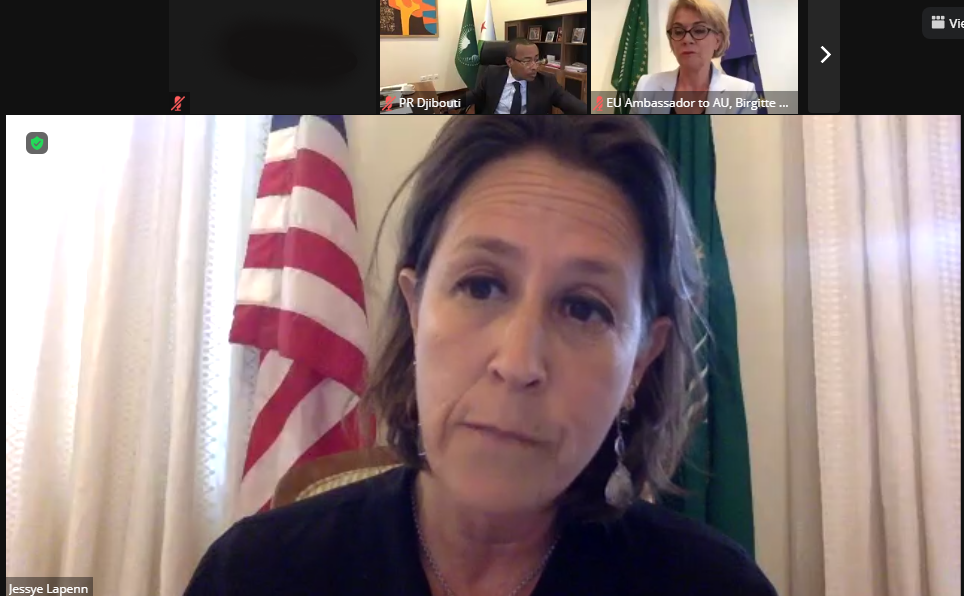 on Hate Crimes and Fighting Genocide Ideology in Africa
April 12, 2021

Distinguished Chairperson, Excellencies, and Colleagues, thank you for the opportunity to speak on this important topic, Hate Crimes and Fighting Genocide Ideology in Africa.

This year’s session corresponds with Kwibuka27.  The United States stands with all Rwandans in mourning the 27th anniversary of the heinous acts, which, in 100 short days, led to the slaughter of people simply because of their ethnicity.  We condemn genocide in the strongest terms and will continue to work with the people of Rwanda and the international community to finish bringing those responsible to justice.  We must never forget their memory and we must stand up for human rights and tolerance wherever it is threatened.  My own country has a painful history with hate crimes, systemic racism, and racial discrimination.   Just last month, U.S. Ambassador to the UN Linda Thomas-Greenfield said, “Those of us who experience racism cannot, and should not, internalize it, despite the impact that it can have on our everyday lives.  We must face it down, every time, no matter whom it’s directed towards.”  Only through continuous self-reflection and accountable governance can we address these longstanding issues and bring about just societies.

Rwanda has emerged as a stable country, boasting impressive economic growth and public health gains, but people around the world and around the continent continue to face discrimination and violence because of their ethnicity and religion.  The United States remains deeply concerned about the ongoing humanitarian and human rights crisis in Tigray, including reports of ethnic-based violence.  We are encouraged by the announcement of a joint investigation by the Ethiopian Human Rights Commission and the UN’s Office of the High Commissioner for Human Rights.  This investigation, and other efforts like that of the African Commission on Human and People’s Rights, must be independent, and there must be accountability for those found to be responsible for abuses and violations.  The United States stands with the African Union and its Member States in condemning these acts and calling for justice to restore dignity to the victims and hold perpetrators to account.

As discussed by earlier speakers, ethnic-based political rhetoric and zero-sum politics can create an environment conducive to hate crimes and genocide ideology.  This rhetoric, often aimed at youth, distracts from development and robs those promising young people of the opportunity to fulfill their potential.  Through education and exposure to diverse people and viewpoints, critical thinking and cultural awareness increase, leading us to understand there is more that unites us than divides us.

The United States stands with the AU in countering hate crimes and genocide ideology including through the Continental Early Warning System, and we commend the representatives of Djibouti and Rwanda for their personal leadership.  Thank you.