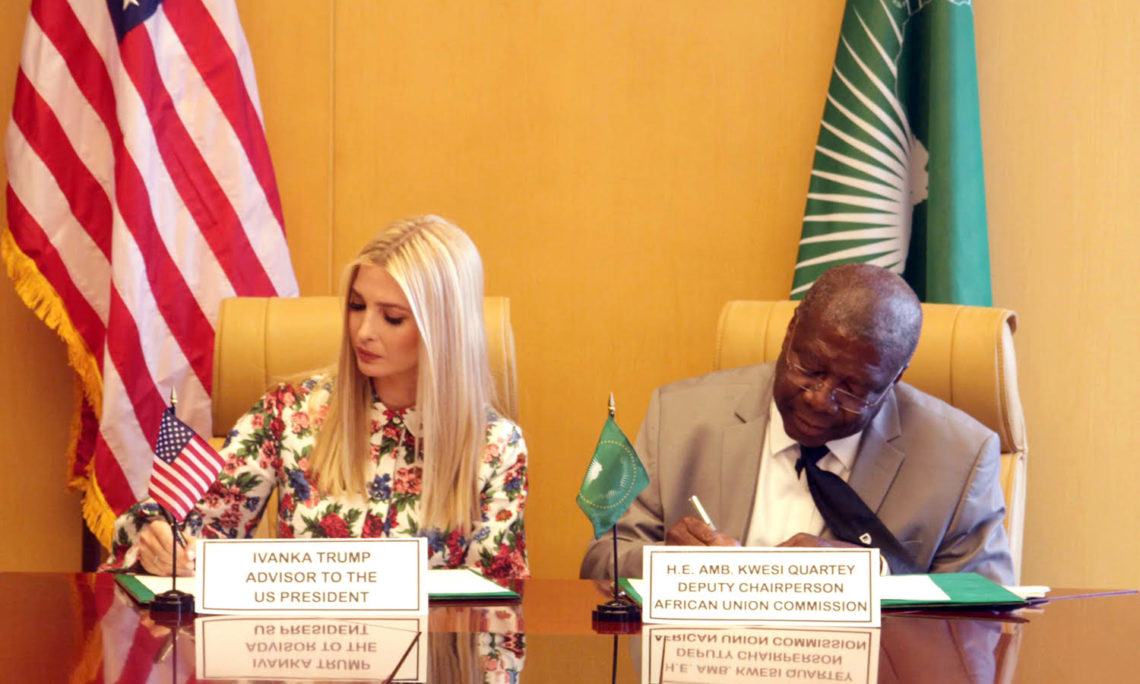 Advisor to the President Ivanka Trump, USAID Administrator Mark Green and Acting OPIC President and CEO Dave Bohigian met with African Union Deputy Chairperson Kwesi Quartey to discuss ways to catalyze the potential of women in the workforce, and the goal of the W-GDP to prioritize women’s empowerment as a key driver to spur economic growth in Africa.  To deepen the United States’- African Union Commission partnership, they renewed a commitment to strengthen women’s economic participation and entrepreneurship across the African continent, and to boost economic prosperity — key enablers of peace and stability in the region. Ms. Trump congratulated the Deputy Chairperson on the AU’s leadership in advancing the Women, Peace, and Security agenda and encouraged continued efforts to increase women’s participation, voice, and empowerment in decision-making on security issues. Ms. Trump raised the two entities’ mutual interest in working together to combat gender-based violence.

Following the meeting, Ms. Trump and Deputy Chairperson Kwesi Quartey signed a joint communique committing to apartnership to advance women’s economic empowerment and entrepreneurship across the continent.  The communique signals a key step in W-GDP’s goal of promoting an enabling environment that increases women’s economic empowerment by reducing barriers and enhancing policy, legal, regulatoryprotections and public and private practices to facilitate women’s participation in the economy.