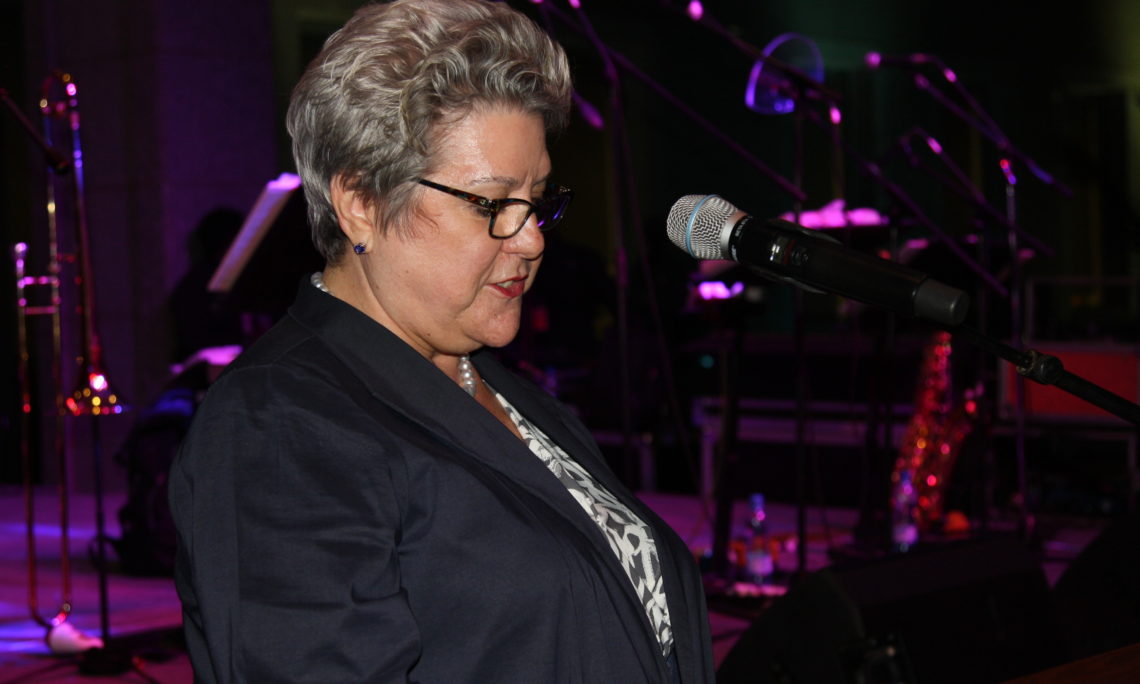 Together with Ambassador Mike Raynor and our U.S. Embassy teams, we are delighted to have you with us today to celebrate – a little early to avoid the rain – the 243rd anniversary of American Independence.

Whether we celebrate on July 4 or May 7, the core of any national day celebration is to think about our relationships, and such an occasion encourages us to focus on our own and our shared milestones.

On the U.S. side, the U.S. Department of State recently reminded all posts that this year will mark the 230th anniversary of its creation.  I personally found it a little startling to re-learn that it took 13 years for the young United States of America to get around to establishing what I guess we all view as one of the pillar cabinet ministries of any government, but there you are.  In any case, we mark in July 2019 230 years of officially tending and nurturing America’s relationships with the world.

Our relationship with the African Union reached an important milestone in December 2016 when we became the first external partner to establish a separate mission to the AU, which brings us close to a 13th year anniversary together.  I was pleased in 2019 to welcome several more colleagues to the still-small club of dedicated AU partner missions.

As I review the U.S. relationship with the AU in the past year, the biggest milestone that comes to my mind is our mutual rededications to the centrality of trade to our respective and shared economic prosperity.  Looking back across American history, one of the things America’s Founding Fathers got right is economic integration.  Wisely, they decided to join the United States not just politically, but economically.

For its part, the African Union is embarking upon an enormous task – establishing the African Continental Free Trade Area (AfCFTA).

The goal of the AfCFTA, like America’s founding vision, is to lay the groundwork for greater competitiveness, trade diversification, and economic growth for the people of the continent by opening markets and lowering barriers to trade and investment.

The United States is impressed with the enormous progress made, including by Ethiopia, in securing the 22 ratifications needed for the agreement to come into force.  Heartiest congratulations to Africa on this great milestone!   We look forward to building bridges between the American and African private sectors to reinforce this vision of economic integration.

Increasing trade and investment ties between the United States and Africa is a primary goal of U.S. foreign policy, and a cornerstone of our important work with the African Union; and we view women’s economic empowerment as a significant pillar underpinning these objectives.

Just a few weeks ago, our combined U.S. missions supported Advisor to the President Ivanka Trump’s visit to Africa.  She came to Addis Ababa with a high-level team representing agencies across the United States Government to advance African women’s economic empowerment.

Ivanka Trump launched the OPIC, that is, the Overseas Private Investment Corporation’s 2X Africa Women’s Initiative, that will leverage 350 million dollars to provide access to finance, jobs, and services to African businesses and funds that are owned or led by women.  As OPIC puts it, “The world’s fastest growing emerging market is not a country or a region: It is the world’s women…  (so) when we invest in women, we invest in the world.”  This initiative neatly underscores the important linkage between women’s economic empowerment and boosting trade and investment.

The 2X Initiative is part of a larger program, the White House-led Women’s Global Development and Prosperity Initiative, or W-GDP.  W-GDP is a whole-of-government commitment to empowering women globally, and especially in Africa.

But that is far from the only new tool the U.S. is bringing on line to boost trade and investment.  This past October, President Trump signed the Better Utilization of Investments Leading to Development Act – mercifully shortened to the BUILD Act – into law.  This landmark legislation reforms and strengthens U.S. development finance capabilities, transforming our institutions to make America a stronger and more competitive leader in global development.  Africa and America will both benefit from it.

Likewise, the Millennium Challenge Corporation (MCC) continues to help lead the fight against global poverty in Africa by forming partnerships with developing countries who are committed to good governance, economic freedom, and investing in their citizens.  Under new legislative authorities, MCC now has the capacity to invest in multi-country programs.  This allows us to support African goals for regional economic integration by inviting cross-border proposals for power and transport to qualify for MCC’s grant-based funding.

We at USAU also support African economic development through our own efforts, such as February’s first ever U.S.-Africa Trade and Investment Forum, immediately following the AU Summit.  In partnership with the AU Commission and the U.S.-based Corporate Council on Africa, this high-level event supported private sector engagement on the AfCFTA.

Relationships also record milestones with the comings and goings of those who tend them.  On May 1, President Trump announced his intention to nominate Jessica Lapenn, currently the U.S. Charge d’Affaires in South Africa, to succeed me as the U.S. Representative to the African Union, with the rank and status of Ambassador extraordinary and plenipotentiary, pending confirmation by the U.S. Senate.  So, depending on whether and when the Senate elects to confirm Jessye, this may well be my final national day in Addis Ababa!  I know that the community assembled here before me, if given the opportunity by the U.S. Senate, will offer Jessye the same welcoming collegiality and collaboration that I have so cherished during my nearly three years here.

Before closing, I would remark that as we are celebrating American independence today, the United States commends the people of Sudan on their own brave, historic actions to create space for self-determination.  They have made their point clear: it is time to move toward a civilian-led government that is inclusive and respectful of human rights and the rule of law.

The United States looks forward to continuing to advance our partnership with the African Union, the AU Commission, and the international and regional organizations and partners who support common goals of peace and prosperity for all.

Thank you to my USAU team and our partners for your tireless commitment to sustain shared values.

Thank you to our bilateral U.S. Embassy partners for being such good neighbors and for their collegial support in our shared home.

Happy Birthday, America!  Over to you, Ambassador Mike!